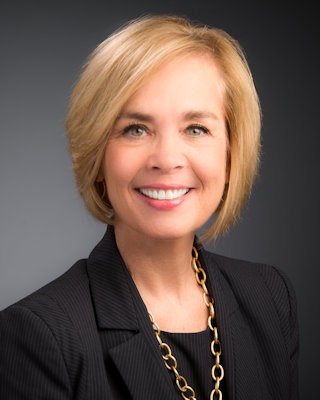 St. Louis, MO – October 1, 2018 – American Banker recently named Patty Kellerhals, executive vice president, director of retail banking, one of the 2018 Women to Watch. Each year, the Most Powerful Women in Banking and Finance program recognizes the professional achievements and influence of top-performing female executives in banking and financial services. The program, celebrating its 16th anniversary, will recognize this year’s honorees on October 4, 2018 at a gala awards dinner in New York City.

Kellerhals is responsible for the overall business performance of Commerce’s retail bank where she leads strategic planning, innovation and execution for all aspects of the business. Commerce Bank’s retail line of business comprises $10 billion in deposits, $630 million in consumer loans and a network of 172 branches and 372 ATMs supporting nearly 600,000 households across six major markets. Key areas of oversight include product management, sales, operations, distribution strategy and management of the branch and ATM network, call center and digital programs (online and mobile) for all aspects of consumer banking, including small business banking.

“Patty is a strategic leader in an era of disruption. Like all the honorees, she stands out not only for her performance, but for her commitment to helping other women ascend to the senior ranks,” said Bonnie McGeer, Executive Editor, American Banker. “As one of the Most Powerful Women, Patty is a change agent, both at Commerce Bank and in the greater industry. We congratulate her on her achievements and look forward to seeing what she’ll do next. We expect her contributions to positively impact women in the industry for years to come.”

At Commerce, Kellerhals is recognized as a thought leader for the Company’s vision for customer experience both in the branch and through digital platforms. She has been on the forefront of every retail banking technology advancement over the course of her 41-year career in banking from branch automation to multifunction ATMs, teller automation, the first emergence of online banking, and, most recently, championing mobile and digital banking and reinventing Commerce’s retail banking model.

John Kemper, president and chief executive officer, Commerce Bancshares, Inc. said, “This recognition is a true testament to Patty’s leadership. She is an exceptional leader and developer of people and is sought out for her advice by senior colleagues and young professionals alike. She is well-respected both within Commerce and by her retail banking executive peers. On behalf of the organization, I congratulate Patty on this accolade and applaud her for her leadership and the exceptional efforts she has led at Commerce Bank.”

Kellerhals graduated from Lindenwood University with a Bachelor of Arts in business administration. She participated in the FOCUS St. Louis leadership program, spent six years as a CORO board member, is a member of the Corporate Executive Board’s Retail Banking Executive Circle and an active participant in the Consumer Bankers Association. Locally, Kellerhals serves on the Board of Cultural Festivals, the entity that produces the Saint Louis Art Fair, and has volunteered with organizations including Big Brother/Big Sisters, Junior Achievement, Project CommuniTree, Food Outreach and Habitat for Humanity.

Commerce Bank, is a subsidiary of Commerce Bancshares, Inc. (NASDAQ: CBSH), a $24.5 billion regional bank holding company, as of June 30, 2018. For more than 150 years, Commerce has been meeting the financial services needs of individuals and businesses. Commerce provides a full range of financial products to consumer and commercial customers, including personal banking, lending, mortgage banking, wealth management, brokerage and capital markets services. Commerce operates in approximately 330 locations in the central United States and has a nationwide presence in the commercial payments industry.


About American Banker’s Most Powerful Women in Banking