“Commerce is a large, well-run organization that provides us access to decision-makers who can make things happen. You’d expect that with a community bank, but to get that level of service and attention at a bank Commerce’s size says a lot.”
– Chrissy Nardini, President, American Metals 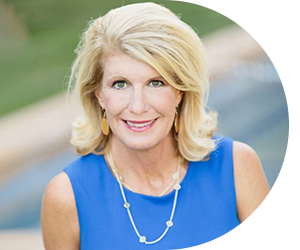 When Chrissy Nardini joined her family’s Hazelwood, Missouri-based wholesale distributorship in 1997, her father, then-president Steve Hassebrock, warned her there may not be enough work to keep her busy.

Nardini made sure that would not be the case. As American Metals Supply’s first female executive, she made a close study of the culture and operations at the company, which is known for specializing in heating, ventilation and air conditioning (HVAC) materials used by mechanical contractors.

“We had a successful recipe we believed could be duplicated in other geographic markets where there is significant commercial construction activity,” she recalls.

“My desire was to build a team and the infrastructure needed to support significant growth,” says Nardini. And that is exactly what she did. Today American Metals Supply has 120 employees who work in eight locations, from Indianapolis to Dallas.

American Metals’ reputation as a top workplace has grown. In 2020, the St. Louis Post-Dispatch named it the area’s Top Workplace for midsize companies.

Nardini believes an accolade, such as this, is largely a result of the company’s culture and values. “Because we’re family-owned, we run our business with a high level of care and concern because we want to preserve it,” she says. 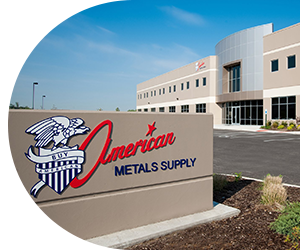 Then came the novel coronavirus pandemic in 2020, which posed a threat like none the company had ever faced.

“When the stay-at-home orders were enacted in March, we immediately wondered if we or the construction projects that drove our business would be shut down,” Nardini says. Fortunately for American Metals Supply, construction was considered an essential service and — as a construction industry supplier — the services it provided were considered essential as well.

She got her first head’s up about the Small Business Administration’s Payroll Protection Program (PPP) from the Young Presidents’ Organization (YPO) she belongs to. “I heard that the first round of funds would go fast, so I contacted our bank early,” she says.

That bank was Commerce, which American Metals Supply had begun to work with only a year earlier.

“Our records were in good shape, which paved the way for a smooth application process,” says Nardini. “We also benefited from Commerce’s efficiency and responsiveness.”

Nardini says her peers reported a vastly different experience. “They helped me appreciate how much Commerce shined in the process,” she says. “When Commerce says they will do something, they do it. If they need to research a problem, they get back quickly. That kind of responsiveness isn’t typical at every bank.”

Thanks to the PPP funding, no American Metals Supply employees were furloughed when the company began to experience the pandemic’s effects.

“By the time a building’s HVAC system goes in, a construction project is 85% complete,” Nardini explains. “So we continued relatively on track for the first few months of the pandemic. Our downturn started later in the summer when projects that should have begun between March and June were cancelled or delayed. The PPP funding provided the cushion we needed.”

The personal service Commerce provided during the PPP process, she says, is something her company has come to expect from the bank. American Metals Supply today relies on Commerce for various banking services at each of their eight locations.

“A personal connection opened the door to our relationship with Commerce,” she says. “But Commerce had to earn the business. It’s the excellent service we receive that keeps us here. That starts with the bank’s senior leadership. No one sits back and rests on their laurels. They take their jobs as seriously as we do."