Stepping into the Abundance

Stepping into the Abundance

What I have found to be so important during all of this is our health — something we might have taken for granted before the pandemic. Not just physical health, but mental health, as well. Being quarantined inside our home, we have spent a lot of time growing new plants and finding joy in seeing them thrive. We have a whole corner dedicated to plants near a big window along with plants in each bedroom. We love taking long walks through nature exploring all the different plant life and when I think of health, I can't help but think of thriving plants. What I wouldn't give to experience a forest in a different world! The painting was created digitally and is available printed on a 40"x40" giclee canvas. 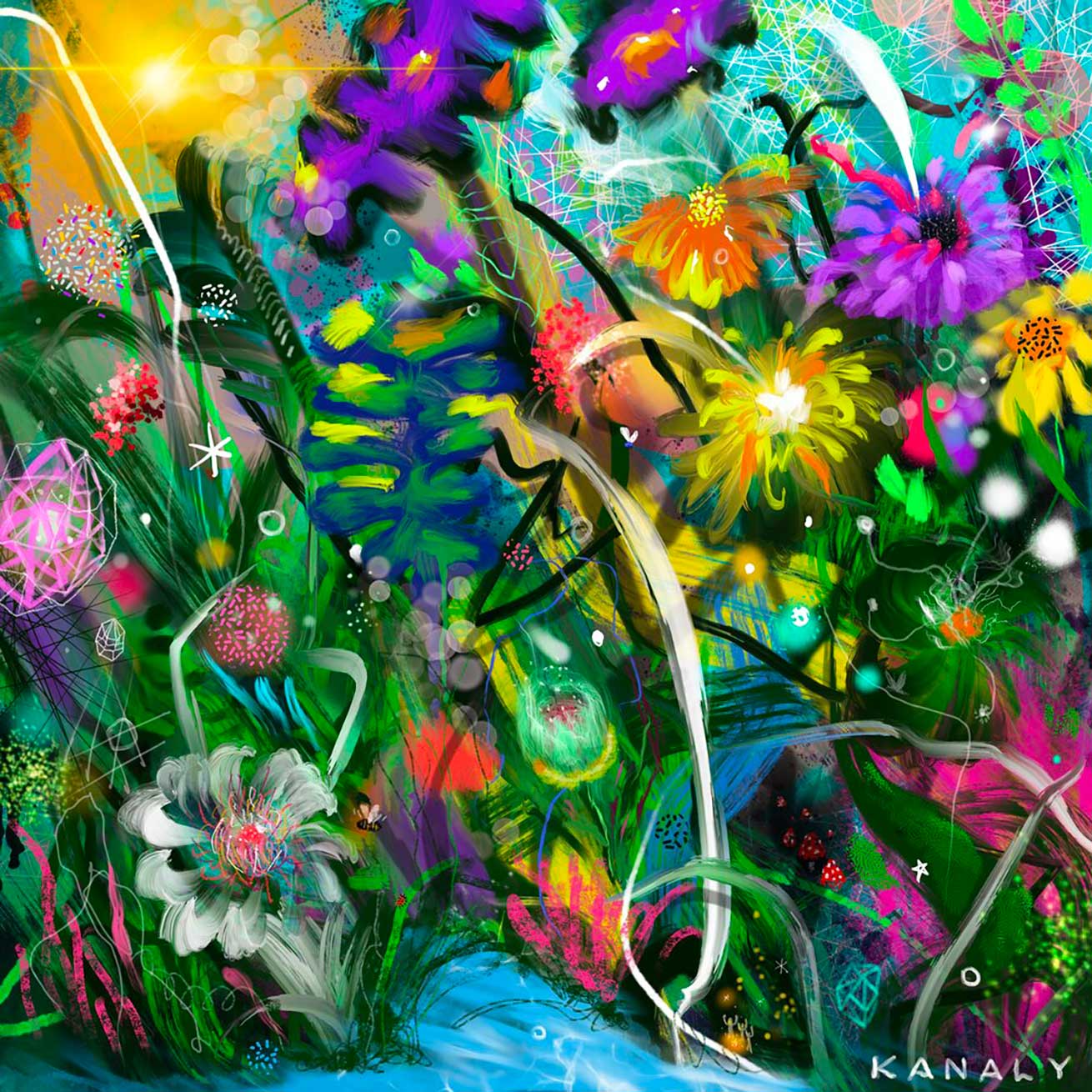 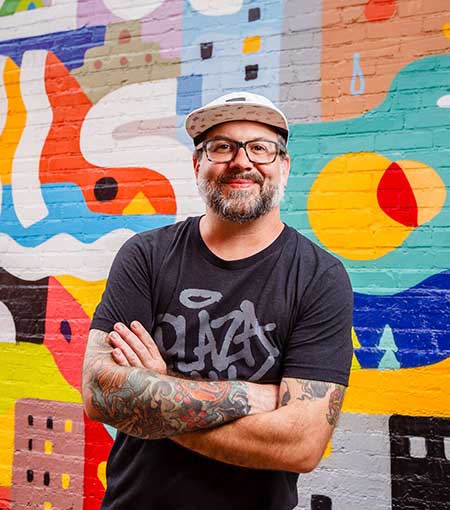 Kristopher Kanaly is an artist and muralist from Oklahoma City. With an extensive family history in the arts hailing back to his great grandfather’s Colonial Art Gallery established in 1919, Kanaly grew up in a family of artists, art collectors, art dealers and graphic designers. This influence propelled him into a career of art and graphic design with a heavy focus on street art in his early years. Kanaly’s work has received popularity through multiple awards, publications and books, and is regularly licensed by national retailers like Vans and Warby Parker. His artwork is regularly on exhibit with various regional galleries, as well as numerous outdoor murals and street art applications across the U.S. and Canada. In 2015, he was inducted into the Google Cultural Institute for his public art contributions to the state of Oklahoma. Kanaly founded the Oklahoma Mural Syndicate in 2017, a nonprofit dedicated to advocating, curating and funding public art, and is the lead curator for the Plaza Walls mural project, Oklahoma City’s premier outdoor gallery.

Kanaly’s work can be classified as ultra flat abstractions of landscapes with otherworldly themes. Utilizing high contrasting colors and collaging together simple shapes to create worlds that appear to be digital and ready to step into.

Following in his father's footsteps, Kristopher's early pursuits led him into the field of graphic design. Since 2002, he has been an accomplished designer having his work featured and published in various magazines, books and online design publications, as well as winning several design awards. Kristopher ranked 2nd place in the Adobe® Cut & Paste Design Tournament of Portland, OR in 2007 and was a featured designer in iDn Magazine in 2009. His web designs have been published in the first two editions of the “Web Designer’s Idea Book,” a prominent and global web design resource. Aside from design work, Kristopher's art has received several notable commissions by The Portland Advertising Federation and Wieden+Kennedy/Portland in 2004 for an event with Blue Flame Marketing, Sean John Clothing and Brand Jordan. In 2012, Kristopher was commissioned by The Womb Gallery to paint murals and assist with installations for various exhibitions, including international artists, Dalek and Maya Hayuk. Kristopher's art is also featured in “The Birth of Icons,” a book published by Vans, Inc., which included a run of custom-painted shoes for display in Vans retail locations throughout the US.

See the art About this project Meet our partners Learn more